On a very wet and windy Autumn evening (2nd November 2022), VIRSEC arrived along with other organisations, companies, members of various Cadet Units, Military and Military Reservist Representation, and members of the Armed Forces Covenant to the Awards Ceremony held at the Concorde Conference Centre at Manchester Airport.

VIRSEC were very proud and delighted to receive their Silver Status Award for the Employer Recognition Scheme from the Lord Lieutenant of Manchester, Mrs Diane Hawkins DL JP, who was in attendance with other representatives to present both the Silver awards and awards to outstanding individuals within our community from various Cadet Units.

The Armed Forces Covenant Silver Award is in recognition that VIRSEC pledge, demonstrate and advocate support to defence and the armed forces community:

Whilst attending this ceremony, there was great opportunity for networking and learning how other organisations support our Armed Forces.  VIRSEC’s Director of Operations, Steve Richards touched base with members of Bury Sea Cadets, an organisation that he was a member of from the age of 12 to 18 years old.

So much has changed since he was a Cadet Instructor and Steve was keen to re-establish a connection with the view to putting his experience from being a member of the UK’s Elite Royal Marines Commandos into good use and offering assistance and guidance to the Unit in the coming months. 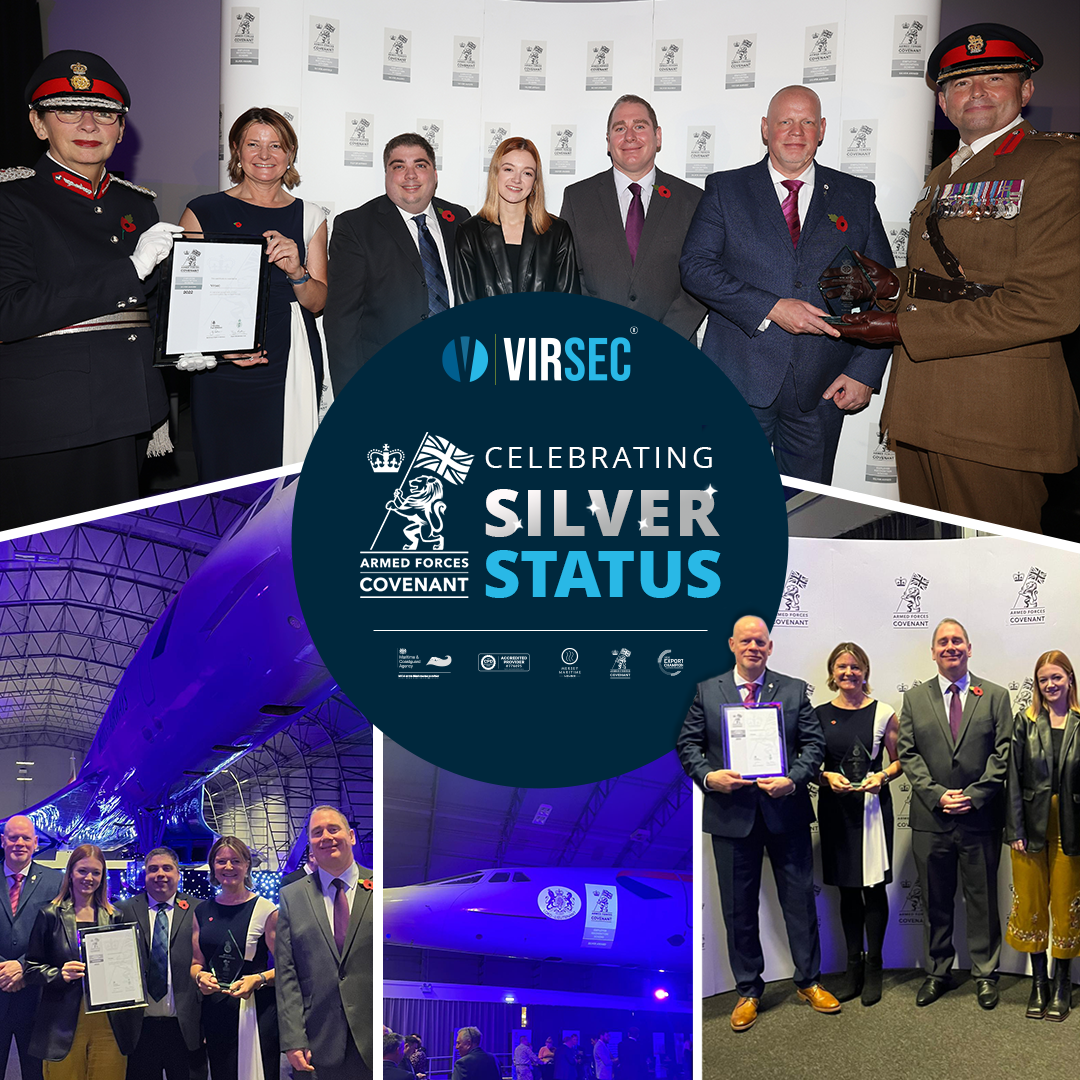 VIRSEC were delighted to meet again Mark Underhill, the Commandant of Altcar military base and  to meet their Regional Employer Engagement Director, Vicky Doran in person. As their application for the Silver Award was submitted during the pandemic, VIRSEC were grateful for the opportunity to thank Vicky for all her support.

It was a great evening and wonderful to be a part of.  The young cadets were inspiring and a true advocate for today’s youth.